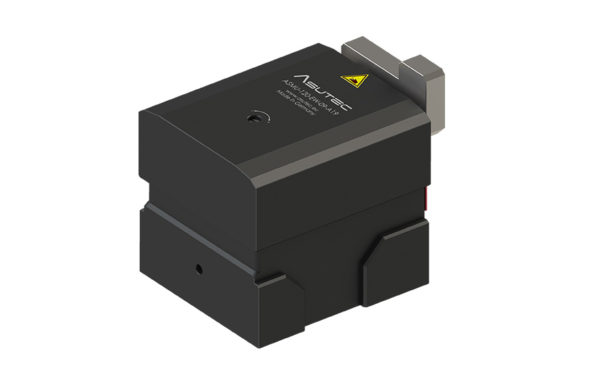 Stops, separates and damps one or more accumulated pallet holders at a defi ned pallet holder stop plate in conveyor systems or at the working
piece directly. The special feature of the ASMU is that the workpiece carrier abuts the back from the stop plate and the separator damps during the extension of the attack. The separator will mount the other way around. The advantage here is that the workpiece carrier can be stopped in confined space.

Pneumatic separator. Housing hard-anodized aluminium.
Allowed pallet holder load up to 60 kg (see table).
The damping takes place during the extension of the stop plate.
When lowering the separator, the stop plate moves back to the retracted position.

All weight data relates to the total weight of the workpiece pallet (pallet with material), not the maxial force.

When depressurized the separator goes into the lock position via spring and the pallet will be stopped.

When depressurized the separator keeps its last position.
The lowering force is higher as there is no spring.

The items will be delivered without accessories.
Accessories can be freely selected according to the ambient conditions.
All supplied accessory parts are mounted by customer request.

No maintenance is required. The area around the stop plate must be clean and exempt from swarf to guarantee an exactly positioning of the pallet holder.

Overview of the accessories for ASMU-120 – PDF

Too many different variations - Find the suitable stopper!

Separator with damping for workpiece pallets from 5 kg up to 120 kg
Single-acting function, 9 mm stroke
Separation and damping by extending the stop plate
Step-file

Separator with damping for workpiece pallets from 5 kg up to 120 kg
Single-acting function, 9 mm stroke, with stops plate A19
Separation and damping by extending the stop plate
Step-file 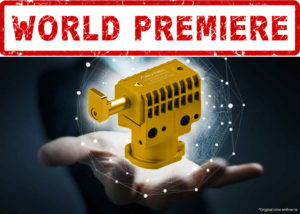