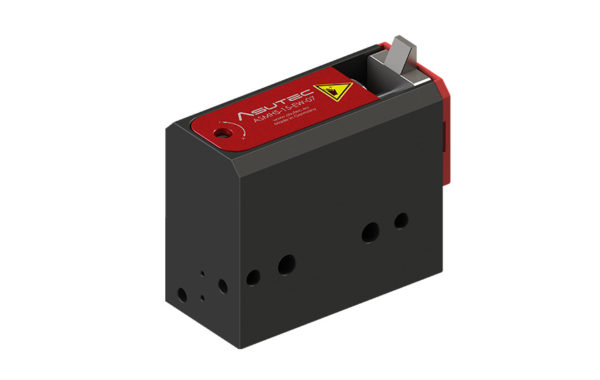 Stop and damp one or more accumulated pallet holders at a defined pallet holder stop plate in conveyor systems or directly at the working piece. It can also be used for positioning pneumatic cylinders, for example.

All weight data relates to the total weight of the workpiece pallet (pallet with material), not the maxial force.

When depressurized the separator goes into the lock position via spring and the pallet will be stopped.

When depressurized the separator keeps its last position.
The lowering force is higher as there is no spring.

The items will be delivered without accessories.
Accessories can be freely selected according to the ambient conditions.
All supplied accessory parts are mounted by customer request.

No maintenance is required. The area around the stop plate must be clean and exempt from swarf to guarantee an exactly positioning of the pallet holder.

Data sheet
Step-file –> Downloadable below at the variants

Too many different variations - Find the suitable stopper!